Mapping the development of a General Purpose Technology.


The figures of this live paper are updated daily.
Summary results are provided here; for full methodological workings please see the original paper.

In recent decades entirely new industries have arisen in just a few years.

This means that the benefits of these new industries may not be distributed evenly.

One technology which is leading to rapid industrial change is Deep Learning.

The growth of Deep Learning in scientific literature has been rapid since the publication of seminal works in 2012.

The research since that time has, in no small part, been driven by the maturity of GPU technology and the relatively low cost of computing power.


Figure 1: Percentage of papers identified as having a high Deep Learning content

This growth has been significantly more pronounced in some disciplines of computer science compared with others.

This allows us to naturally benchmark the growth of 'academic industries' which have been revolutionised by Deep Learning, against those which have remained relatively unchanged.


Figure 2: Shares of Deep Learning activity by subject, before and after 2012 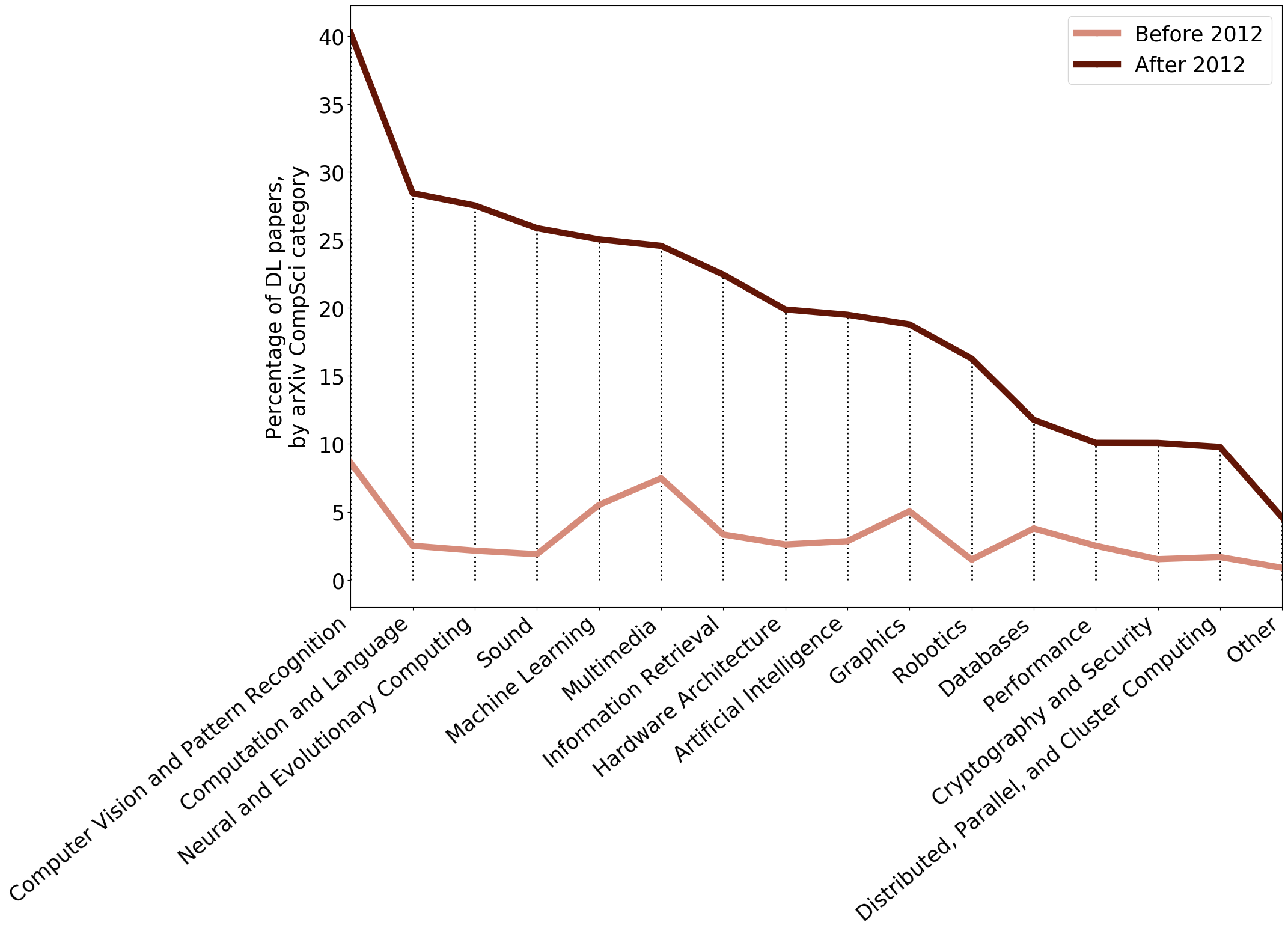 At the national level, there are large differences in the relative focus of Deep Learning and non-Deep Learning research.

For example, European countries tend to produce more research in non-Deep Learning disciplines, whereas the opposite is true for the Asia-region.

Transnational organisations (which are mainly US companies) are more comparable to Asian academic institutes in this respect, than to American academic researchers. 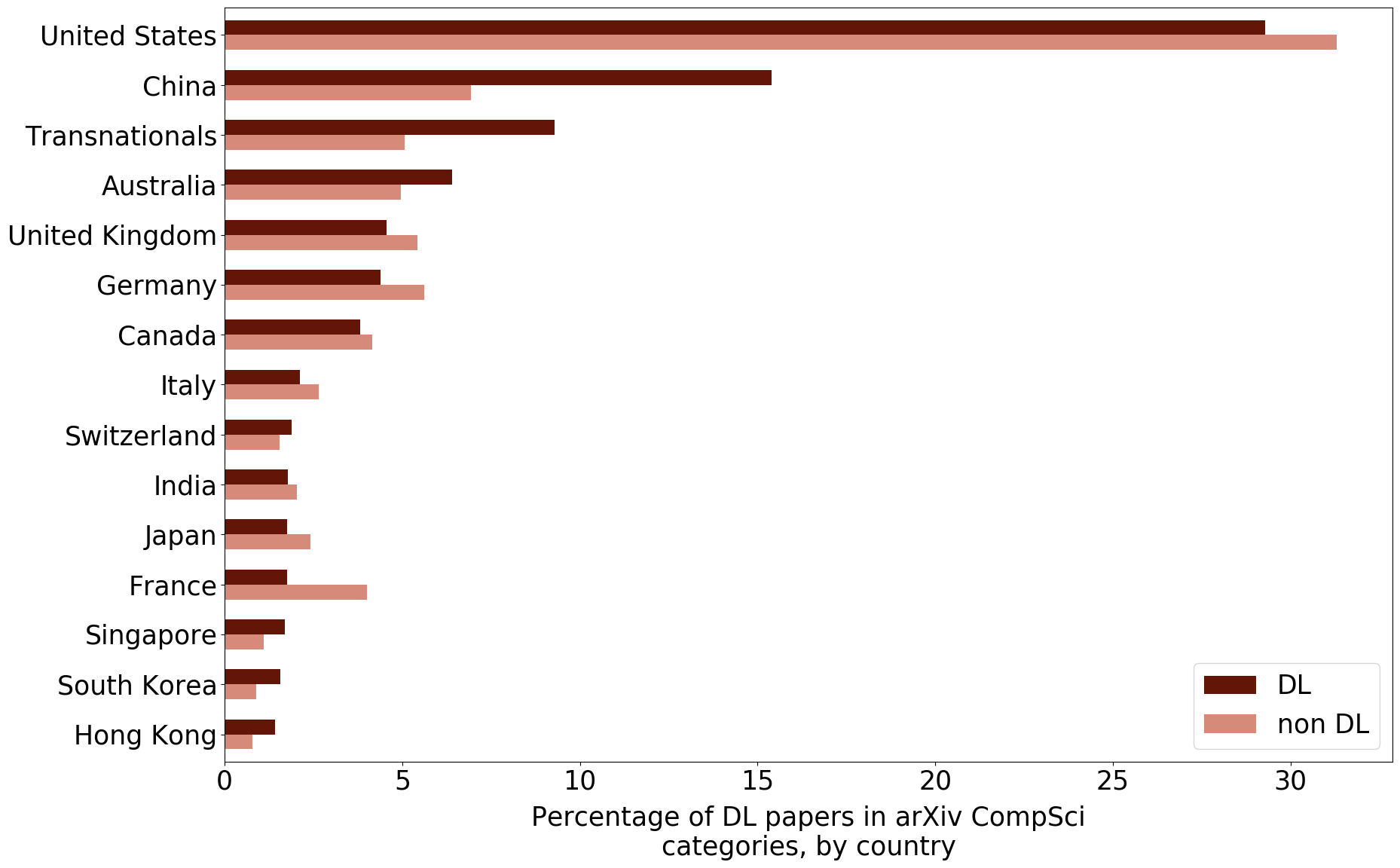 This geographic difference is echoed at the subnational level, although almost all of most prolificly 'Deep Learning' city regions perform more Deep Learning than non-Deep Learning computer science research. 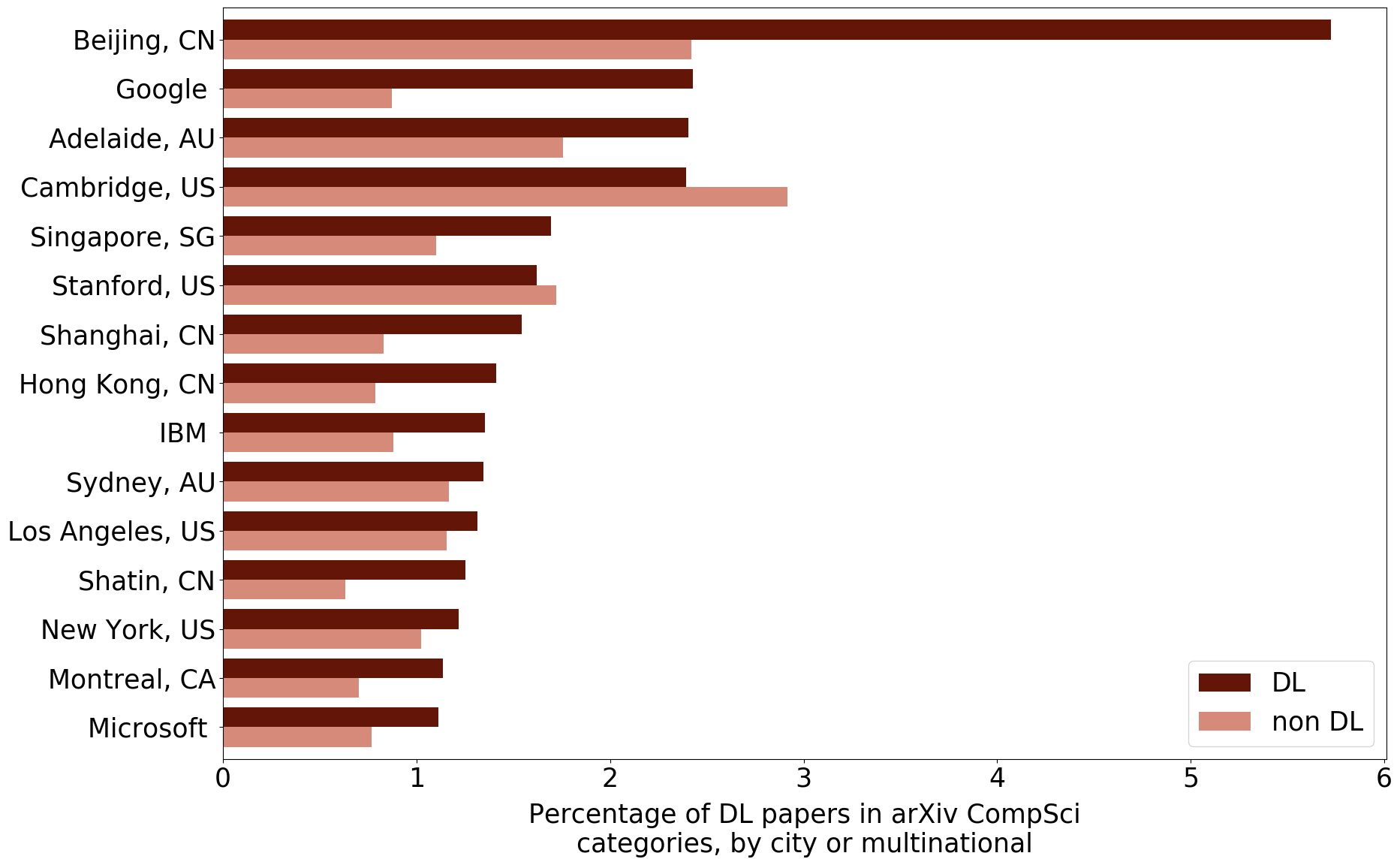 The question remains - has Deep Learning led to deep changes in the international 'market leaders' in AI research?

Our research clearly shows that this is the case: that countries in the Asian-Pacific region have, since 2012, become the most specialised in Deep Learning research, well ahead of their European competitors.

North American and Japanese research is somewhat between the two extremes, although this discounts the considerable specialisation in Deep Learning research from transnational organisations based in these countries.


Figure 5: Comparison of changes in Revealed Comparative Advantage (RCA) between the period before 2012 and afterwards, focusing on the top countries by total level of DL activity. 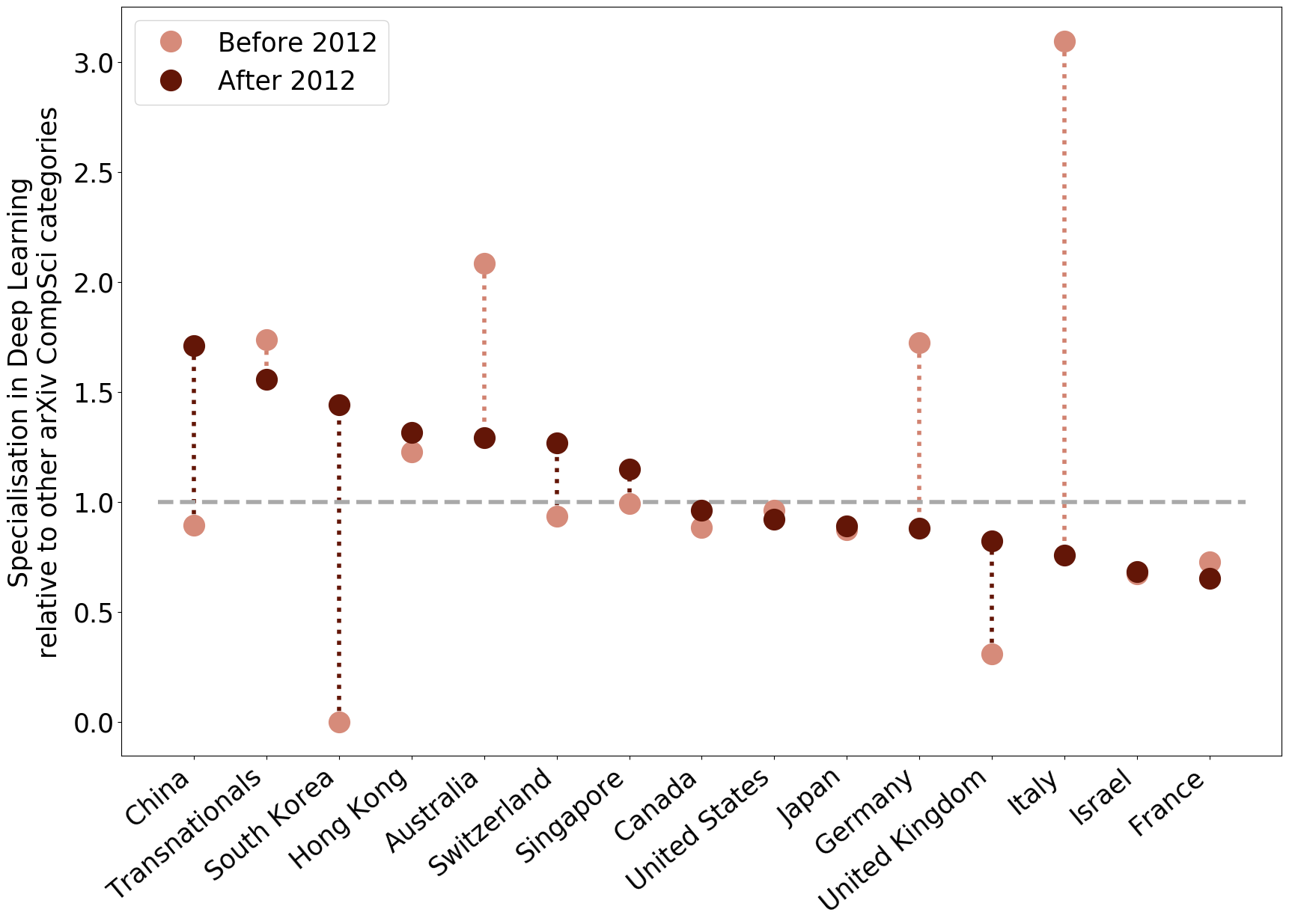